Heya bookworms, so as you are all probably experiencing various levels of social isolation you definitely know the boredom of not being able to leave the house all too well. I finally caved the other day and ordered myself four new books from Indgio, and I am beyond excited for them to get here. So in no particular order, here are the wonderful books I have coming my way in (hopefully) a few days: 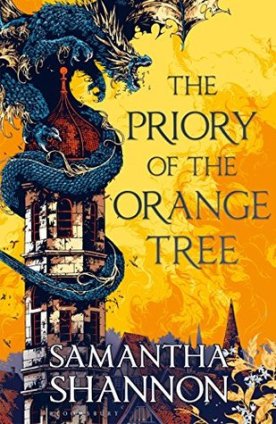 A world divided. A queendom without an heir. An ancient enemy awakens.

The House of Berethnet has ruled Inys for a thousand years. Still unwed, Queen Sabran the Ninth must conceive a daughter to protect her realm from destruction – but assassins are getting closer to her door.

Ead Duryan is an outsider at court. Though she has risen to the position of lady-in-waiting, she is loyal to a hidden society of mages. Ead keeps a watchful eye on Sabran, secretly protecting her with forbidden magic.

Across the dark sea, Tané has trained to be a dragonrider since she was a child, but is forced to make a choice that could see her life unravel.

Meanwhile, the divided East and West refuse to parley, and forces of chaos are rising from their sleep.

It’s been three years since Rowan and Citra disappeared; since Scythe Goddard came into power; since the Thunderhead closed itself off to everyone but Grayson Tolliver.

In this pulse-pounding conclusion to New York Times bestselling author Neal Shusterman’s Arc of a Scythe trilogy, constitutions are tested and old friends are brought back from the dead.

Bryce Quinlan had the perfect life—working hard all day and partying all night—until a demon murdered her closest friends, leaving her bereft, wounded, and alone. When the accused is behind bars but the crimes start up again, Bryce finds herself at the heart of the investigation. She’ll do whatever it takes to avenge their deaths.

Hunt Athalar is a notorious Fallen angel, now enslaved to the Archangels he once attempted to overthrow. His brutal skills and incredible strength have been set to one purpose—to assassinate his boss’s enemies, no questions asked. But with a demon wreaking havoc in the city, he’s offered an irresistible deal: help Bryce find the murderer, and his freedom will be within reach.

As Bryce and Hunt dig deep into Crescent City’s underbelly, they discover a dark power that threatens everything and everyone they hold dear, and they find, in each other, a blazing passion—one that could set them both free, if they’d only let it.

A Gathering of Shadows (V.E. Schwab)

Now, restless after having given up his smuggling habit, Kell is visited by dreams of ominous magical events, waking only to think of Lila, who disappeared from the docks as she always meant to do. As Red London finalizes preparations for the Element Games–an extravagant international competition of magic meant to entertain and keep healthy the ties between neighboring countries–a certain pirate ship draws closer, carrying old friends back into port.

And while Red London is caught up in the pageantry and thrills of the Games, another London is coming back to life. After all, a shadow that was gone in the night will reappear in the morning. But the balance of magic is ever perilous, and for one city to flourish, another London must fall.