Hi bookworms, It is the middle of exam season and man am I stressed! I sadly wasn’t able to do my Sunday review this week, but I promise that after these exams are done I will be getting back into my regular schedule, maybe even with some fun Tuesday memes. A while back I decided to do an introduction to High Fantasy post, and I was really happy that I managed to win some of you over with it, so I thought I would do  similar post for another one of my favourite genres: science fiction. Scifi definitely seems to scare people (at leas tin literary form) and I want to dispel that.

What is Science Fiction?

So what is science fiction? Well it is a broad genre that deals with futuristic elements often based in existing science. Unlike high fantasy it is usually grounded in reality and has elements of our world in it. It is most often associated with space travel, but can also incorporate time travel, dystopia and possible technological developments. A popular sub genre is hard science fiction which focuses on scientific accuracy and accuse realism (The Martian is an excellent example of this).

Why Should You Read It?

So you’re probably wondering why should I care about this complicated sciencey genre that sounds way too involved for me. Well I personally love it because scoff can be subtle or it can be really out there. It is a way to explore what our world could maybe look like in the future, to ask the what if questions and actually play out their scenarios. You also do not have to be knowledgeable about science in any way to enjoy this genre, except for hard scifi the books usually do not include detailed information about technology or long scientific explanations.

Where Do You Start?

I have put three good scoff starter books below. They are all easy fun reads (well fun as in good books, not necessarily happy) and they serve as a nice introduction into the genre. You want to start off with simpler books before diving into hard scifi and longer complex series.

Hotshot pilot Nax Hall has a history of making poor life choices. So it’s not exactly a surprise when he’s kicked out of the elite Ellis Station Academy in less than twenty-four hours. But Nax’s one-way trip back to Earth is cut short when a terrorist group attacks the Academy. Nax and three other washouts escape—barely—but they’re also the sole witnesses to the biggest crime in the history of space colonization. And the perfect scapegoats.

On the run and framed for atrocities they didn’t commit, Nax and his fellow failures execute a dangerous heist to spread the truth about what happened at the Academy. They may not be “Academy material,” and they may not get along, but they’re the only ones left to step up and fight.

2. The Maze Runner, By: James Dashner 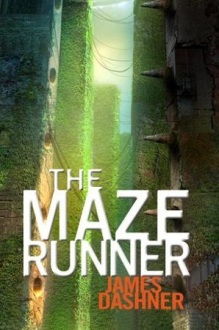 When Thomas wakes up in the lift, the only thing he can remember is his name. He’s surrounded by strangers—boys whose memories are also gone.

Nice to meet ya, shank. Welcome to the Glade.

Outside the towering stone walls that surround the Glade is a limitless, ever-changing maze. It’s the only way out—and no one’s ever made it through alive.

Everything is going to change.

Then a girl arrives. The first girl ever. And the message she delivers is terrifying.

3. This Mortal Coil, By: Emily Suvada

Catarina Agatta is a hacker. She can cripple mainframes and crash through firewalls, but that’s not what makes her special. In Cat’s world, people are implanted with technology to recode their DNA, allowing them to change their bodies in any way they want. And Cat happens to be a gene-hacking genius.

That’s no surprise, since Cat’s father is Dr. Lachlan Agatta, a legendary geneticist who may be the last hope for defeating a plague that has brought humanity to the brink of extinction. But during the outbreak, Lachlan was kidnapped by a shadowy organization called Cartaxus, leaving Cat to survive the last two years on her own.

When a Cartaxus soldier, Cole, arrives with news that her father has been killed, Cat’s instincts tell her it’s just another Cartaxus lie. But Cole also brings a message: before Lachlan died, he managed to create a vaccine, and Cole needs Cat’s help to release it and save the human race.

Now Cat must decide who she can trust: The soldier with secrets of his own? The father who made her promise to hide from Cartaxus at all costs? In a world where nature itself can be rewritten, how much can she even trust herself?

Are You Still With Me?

I hope I have won even just a few people over to this wonderful genre! If you read the three books I mentioned above and are clamouring for more, you can get into great series such as Red Rising, Illuminae and more! There are also really fun subgenera to explore such as steampunk and dystopia.

What are some of your scifi recommendations? let me know what you thought of mine in the comments! Also let me know if there are any other genre you would like to see a similar post about.