Hey guys, so I really enjoyed doing this post last month and I decided I would try and make it a regular thing! So basically how it works is I will take a few of my favourite books, and re-imagine them, i.e. what would they be like from a different perspective, or in a different time or setting, etc. If you guys have any re-imagining requests please let me know, I always love to get your input!

Warning that there might be a few spoilers ahead, though I have tried to keep them to a minimum.

Let me just start off by saying how much I enjoyed this book! I love me a good fairy story and this one was dark and edgy and I loved it. I also really enjoyed the hint of anti-hero we got from Jude (the main character). The whole time I was reading I was thinking that I wished Cardan got a few chapters, I really wanted to know what was going on in that mysterious head of his. Hopefully in the sequels we will get some chapters from his POV.

The Selection as a Thriller

I honestly don’t know how this would work seeing as The Selection is a light romance story with a little dystopia sprinkled in, but honestly I would be excited for it. Maybe Aspen is found murdered or missing and Maxon and America are the prime suspects or something (I don’t read a lot of thrillers so I could be getting their plot points all wrong). Also I apologize to any thriller fans but I had no idea what kind of picture to put to represent the genre so creepy forest it is. 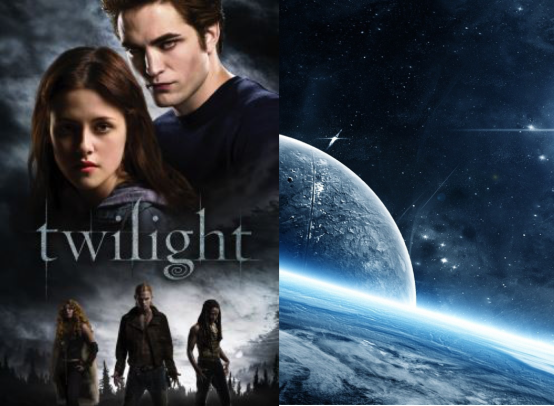 Hahaha ok with this one I just couldn’t keep a straight face imagining it. I am really not a fan of Twilight in any setting but I think it would have been marginally cooler if it was set in the future maybe on on elf those space stations like in The 100 or Ender’s Game. If nothing else we could have gotten a scene with a wolfed out Jacob floating around in a space suit and I think that would pretty much make it the best re-imagining yet.

What do you think of these re-imaginings? would you buy these new and improved (or worse) versions? let me know in the comments.

Finally took the plunge and re purchased the Percy Jackson series since my old set was falling apart!
I am so excited my friend and I are going to be reading Ninth House by the amazing @lbardugo together as our first bookclub pick!
I got this amazing book stamp for my birthday and I am so excited to stamp all my books!
I read both of these books in leas than a day! What are some books you’ve binge read recently?
There’s nothing like a snow day to make me want to brew a hot cup of tea, snuggle in a blanket and read all day ❄️
An Ember in the Ashes is one of my favourite series, I practically ran to the bookstore to buy A Sky Beyond the Storm!
Loading Comments...
Comment
×
%d bloggers like this: